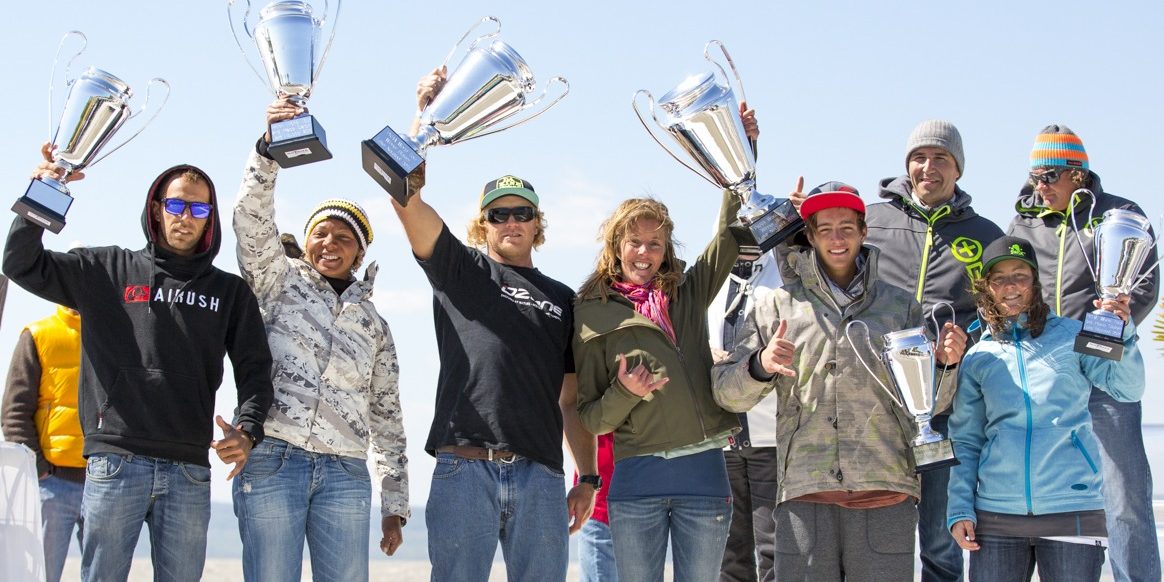 One winter we went on a snowboarding trip to Bormio (ITA). As we passed Lake Resia there were some guys with strange colorful things in the air pulling them over the frozen,  snowy lake. I knew immediately, this was what I wanted to do – to use the wind to rush over snow, or as I realized later, also over water! But I was a poor student, I had to wait a few years before I could afford to buy my first kite on Ebay as a xmas-present to myself.

I watched some videos about the basics of kiteboarding, went out on a snowy field and tried it out! I have to say, I was really talented and could steer the kite immediately. Before the summer season, I organized a kiteboard and continued to struggle in the water. It took a long time before I could ride more than 10 meters. Later I realized that an old C-shape kite in combination with a 127 cm freestyle board was not a suitable equipment for a beginner. You can imagine how happy I was after my first ride, over 200 m to the other side of the bay, and I was even able to come back! Thanks to the easy conditions in Greece.

After finishing my studies I wanted to take a timeout. The best possibility to afford a long vacation and to live my hobby was to become a kitesurfing instructor. I obviously did very well at the VDWS instructor course so I got some good job offers. I was able to travel to Egypt for three and half months where my riding skills improved a lot. In Hamata we had wind almost every day, I had a lot of fun teaching people and there was still plenty of time for myself to spend on the water.

After returning to Austria, I worked as a kitesurfing instructor in Podersdorf at Lake Neusiedler. I loved my job, escaping the big city life and enjoying the summer beach life at the lake. Meanwhile I set up my own business and become distributor for some well-known brands in the kite industry in our region!

In March 2014, when I won the Seamen Race Hamata for the second time already, I decided to join the PKRA Slalom tour stop in Austria 2 months later. I was really successful and ended up on the podium, 2nd rank. Close after Katja Roose, slalom world champion 2014, and left behind Christine Bönniger, slalom world champ 2013. This was the start of my slalom career!

I´m not fast only, I can jump really high too. I love massive rotation jumps in dizzy hight. My friends call me the highest jumping girl at Lake Neusiedler. They also use expression like “crazy” and “stylish”.